What an incredible evening for Ellinopoula!!

The highest honor of the evening - the Platinum Award of Excellence for “Educational Organization of the Year” went to Ellinopoula at the 7th Annual Education Leaders Awards 2022 Gala in Athens on June 3rd.

In attendance were representatives from every academic and educational sector in Greece, including the jury headed by former Greek Minister of Education, Mrs. Anna Diamantopoulou. 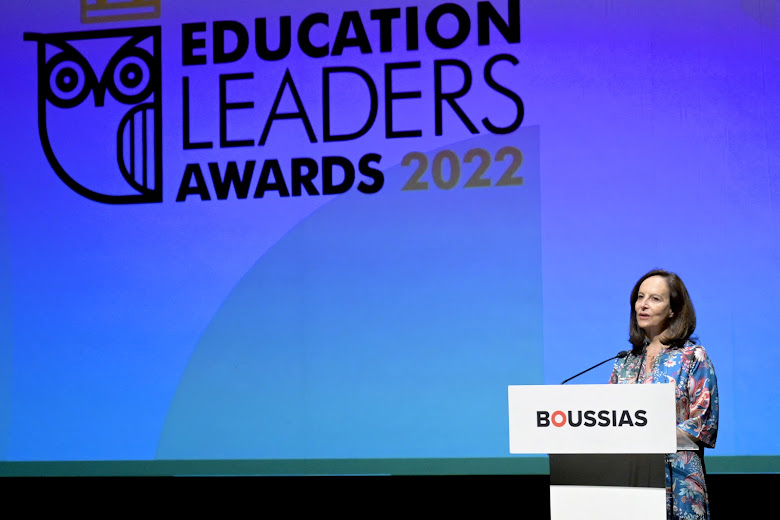 “Tonight is a celebration for education in our country. No country in the world can be highly developed and achieve a high level of democracy without a high level of education. The awards are not simply an approach to excellence; they are much more; they highlight the country’s resources and the establishment of standards. Teachers of all levels, from primary schools, high schools, lyceums, experimental schools, universities, different universities in the country, overseas Greeks, the private sector, and even an architect within the committee who deals with school aesthetics and infrastructure! Each proposal is assessed and graded by four different evaluators to reach the final grade and result in an indisputable selection of the best submissions.”

This year, the Awards Committee took note of the fact that Ellinopoula did not rest on its laurels. Instead, Ellinopoula set the bar even higher, improving upon the platform, enriching it with new, innovative features, and expanding its reach with Live Online Classes, resulting in a superior offering to fast-track Diaspora kids’ progress in learning Greek.

Countless parents’ testimonials attest to their kids’ progress resulting from the powerful synergy of the Ellinopoula online platform and Live Online Classes in groups under the guidance of experienced Greek tutors - this weighing heavily in the judges’ final awards assessments.

As a result, Ellinopoula won a total of 5 awards, the most compared to any previous year; namely: 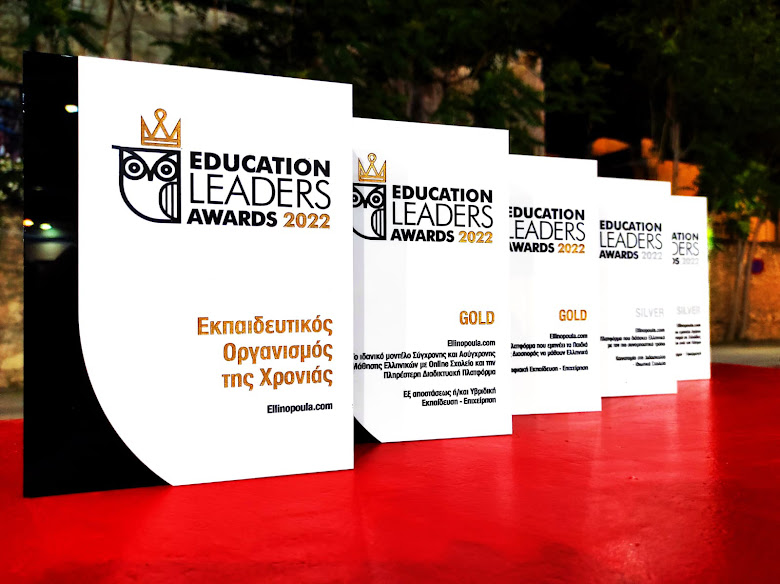 “We all believe that the Greek language and Hellenism are very important for young children of the Diaspora to learn, especially today. Hellenism gives them solid values and it forms their character and their identity and gives them strong roots to face the many conflicts of life.

Our fantastic team of talented young people in Greece shares the same love and give their hearts to everything they do and develop for Ellinopoula.

I would like to thank Mrs. Diamantopoulou and the Education Leaders Awards committee for recognizing Ellinopoula as the Educational Organization of the Year, and for awarding us in several other categories for the 3rd year in a row. It is a great honor for us. Our mission continues, to advance Greek language and Hellenism throughout the Diaspora.” 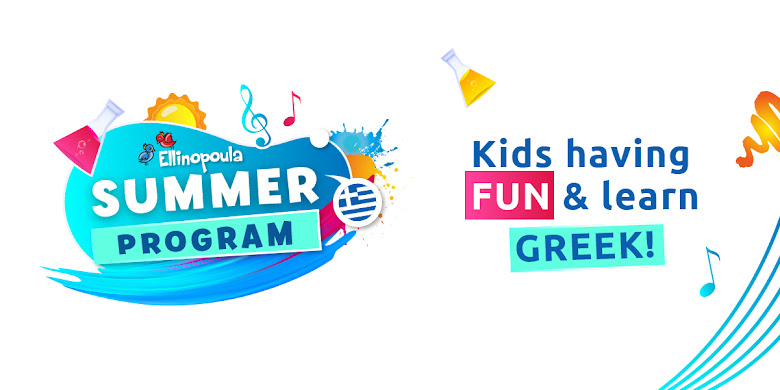 Mrs. Sakkis also sent out wishes for the summer to parents and kids: “Heading into the summer, I would like to wish all kids, parents, and teachers, a wonderful summer break, and I hope to see them all in the summer version of our Live Online Classes – the “Summer Program.”